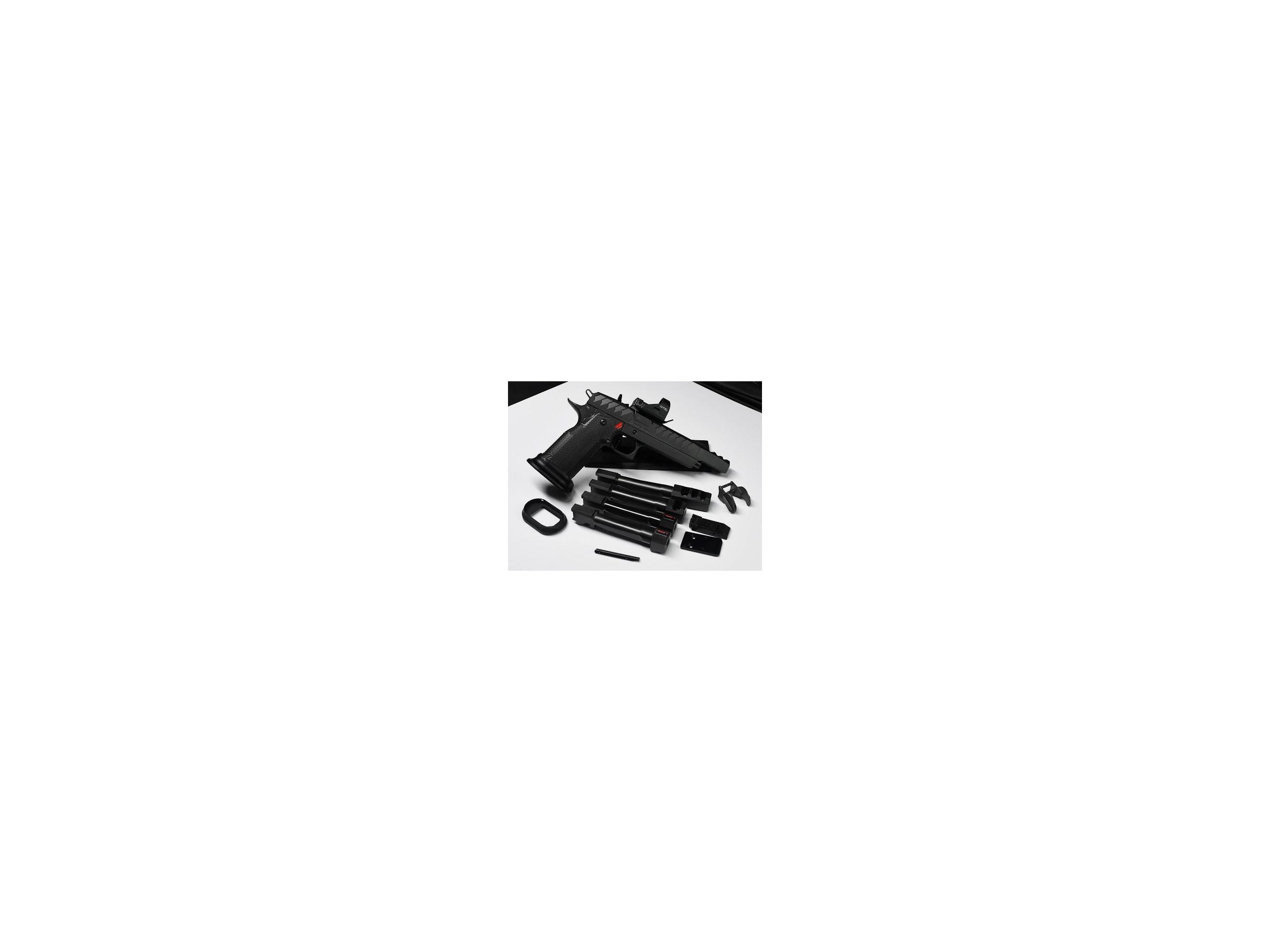 Even before the birth of this country, Americans have always lived in a land where shooting has been a staple of our culture. Beginning with simple sharpshooting competitions in the 1700s it didn’t take long for competitors to start changing to trick shooting and speed shooting in the wild west. After WW2 we began to see the evolution of competitive shooting to bring us to where we are now.

USPSA (United States Practical Shooting Association) and IDPA (International Defensive Pistol Association) are the best ways for newer shooters to get into the sport. Both offer shooters the ability to shoot against others on the clock. IDPA has an abundance of rulesets that can make things a little more difficult for newer shooters. USPSA offers any shooter a wide range of different divisions. In these divisions there are 6 different classes to separate shooters by skill set. The advancement of firearm technology has become fast paced. USPSA offers a wide availability of matches to shoot from club matches to major matches found around the country. Starting out in USPSA also allows easier transition into more advanced shooting sports such as 3 gun or Multigun. 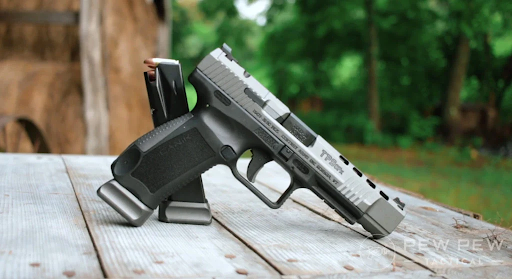 The TP9SFX is made for the competitive shooter right out of the box. With a 5.2in gun you have a longer sight radius and more weight in the front of the gun to keep recoil down. You also have standard features like adjustable magazine release, multiple adapter plates for most handgun red dot options and warren tactical sights. With a front fiber optic sight and blacked out rear sights it allows your dominant eye to find that front sight quicker allowing you to shoot faster. Canik also sends you prepared with two 20rd magazines and a holster and mag loader in the box. The Canik makes a great gun to choose especially for beginners because it allows you to shoot in multiple divisions but also comes in at only $549.99 MSRP. 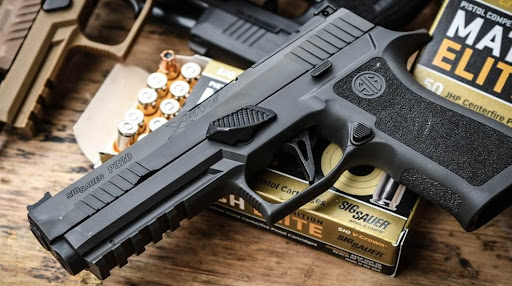 The X-Five changes the game with competition pistols. With the advancement in Sig Sauers production, they introduced the innovative TXG tungsten-infused grip module. This new product is the first of its kind in the firearms industry with the weight of steel and the flex of polymer, reducing muzzle flip by up to 50%. This means that you can now keep the gun on target for easier follow up shots. The trigger on the X-Five is also lighter than previous P320’s and with spring changes Sig has significantly reduced the amount of felt recoil. With a 5in barrel and Dawson Precision sights you continue to keep that longer sight radius and quick front sight recognition. The X-Five also comes with a removable magwell that will make your reloads smoother and faster. With an MSRP of $1099 the X-Five comes in at a good price for everything that you’re getting. Coming with a slide cut for a Romeo PRO and 3 steel magazines the only thing you will need to get is a holster to be ready to go.

In the world of competitive shooting nothing stands out quite as much as a 2011 style firearm. With a 2011 you’re getting an updated version of a 1911 with double stack mags you're moving into a higher capacity hammer fire gun that has tighter tolerances and amazing recoil mitigation. There are some companies that top the list in the world of 2011’s. 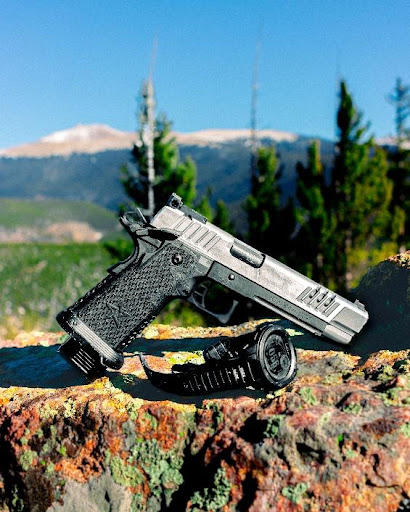 One in particular is Staccato, Staccato started out as STI and they were the staple of competitive shooting for years. Recently they have moved into the world of defensive pistols but kept the Staccato XL as their staple of their competition background. The Staccato has a 5.4in barrel which gives you the longest sight radius out of all the guns in this list so far but also has one of the fastest cycling slides on the market allowing you to run the gun outrageously fast without issues. With a 2.5lb trigger and short reset you’re getting into a trigger that was built for speed. With an MSRP of $3399.99 it's not the cheapest of options however you’re getting a lifetime warranty and quality of the Staccato brand.

Another brand that will catch your attention when you’re looking at 2011 firearms is Atlas Gunworks. Specifically, we want to talk about the Artemis coming in around the $5900 mark it’s not a gun built for the faint of heart but everything about the Artemis from the sub 2lb trigger option, aggressive grip texture, and the years of sight block design the gun is made to “go fast”. Coming with 3 mags and made to be fully customized with different grip sizes and textures the Artemis is available in both 9mm and 40S&W allowing for shooting in the Major scoring category. 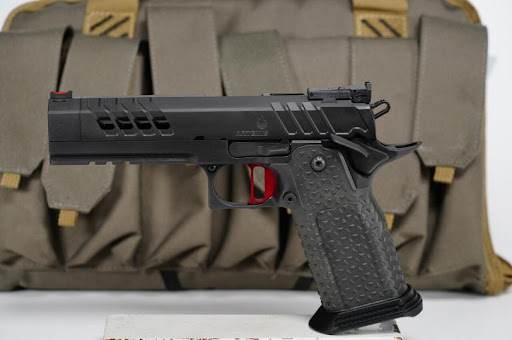 Last on the list the Phoenix Trinity Honcho is one of the lesser known 2011s on the market, but it fills almost any category that you would like to shoot. From USPSA to 3 Gun the honcho can do it all. With the custom factory options and getting 3 different barrels it allows you to shoot limited minor or major as well as open.