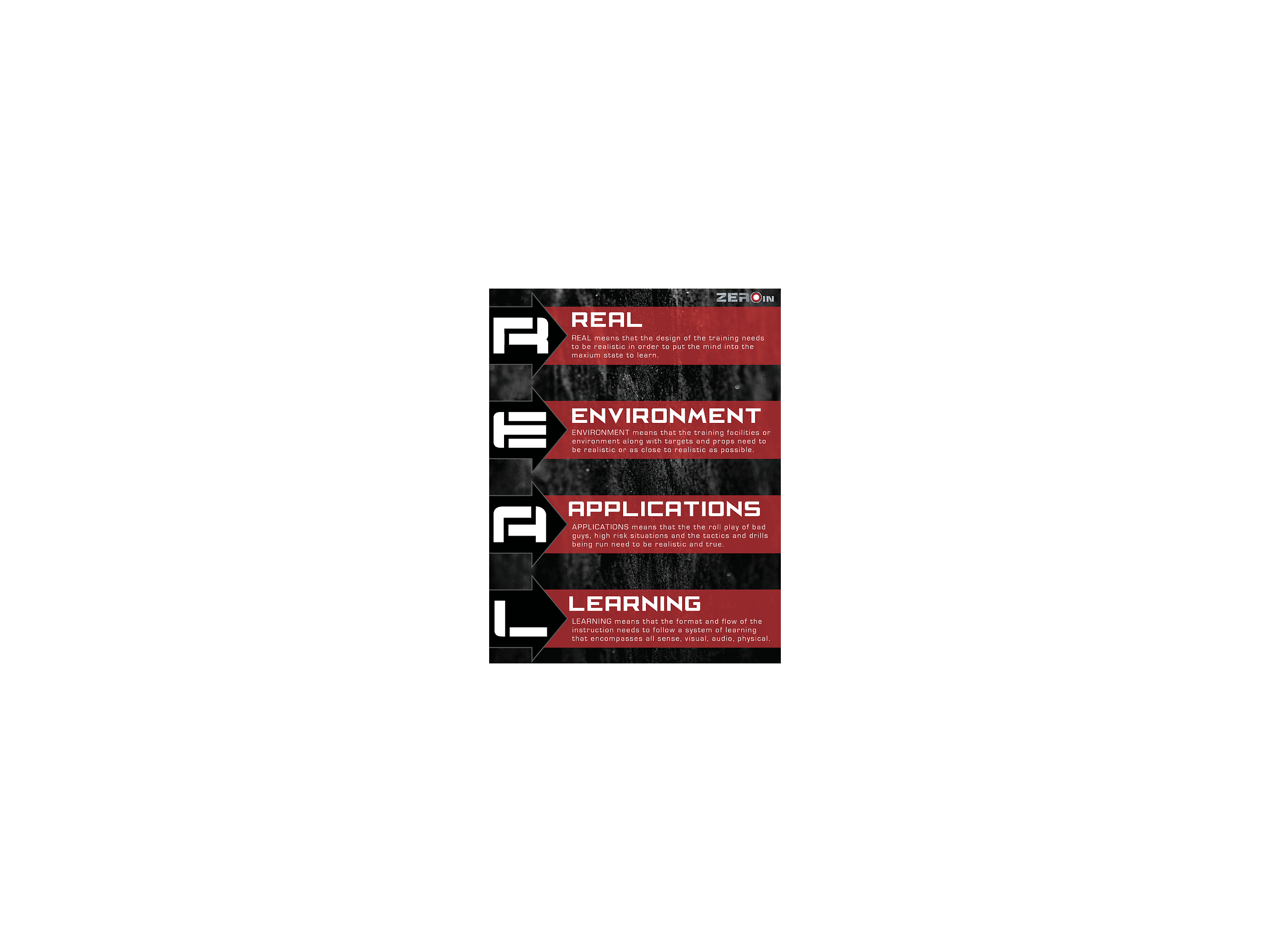 R.E.A.L. Training:  As Civilian CCW, in the beginning of my training days I was fortunate to have access to one of the best guys in the industry.  A former Special Forces Colonel who also went up through the Law Enforcement ranks all the way through SWAT to Police Chief. In addition to that amazing opportunity, I’ve had an opportunity to train with legitimately some of the worlds top Law Enforcement personnel and combat Veterans. So I’ve had a unique experience since I started training in self defense gun tactics. One of the places we have trained at since the very start was a 74,000 square foot Urban Simmunitions Village made for the Feds.  It’s literally 15 minutes down the road from our house. So under the watchful eye and guidance of these top experts, I have had the fortunate opportunity to run Force On Force gun training since literally Day #1. I’ve been able to train multiple days a month (almost every week for 1-2 days each time) in this facility.  There is everything from a park, to alley ways, homes, apartment complexes, a school, convenience store, bar, bank, streets, 2 story office complex, etc… There’s room to park and move vehicles, and other objects to really simulate as close to real life scenarios as it gets. So… I have run Force On Force training is just about every scenario you could possibly imagine and a ton of situations you wouldn’t imagine.  At first you start out doing the basics and then based on the experience of the men I’ve trained with… they put us through the craziest stuff that only people like them have ever seen. I’ve been fortunate to train everything from attacks in the park, fights in a bar, car jackings, one attacker… up to a mob riot, active shooter in the workplace, dirty bomb and multiple terrorists in a stadium, hostage situations, HRT, bank robberies, school shootings, drug deals, routines stops gone terribly wrong… large facility clearings, team tactics, vehicle driving down the sidewalk and mass shootings… ect. Involving use of your firearms, to no firearms.  From impact weapons to edges weapons to no weapons at all where going hands on is all there is.  From one attacker to multiple attackers.  Counter abductions, escape and evasion, ect. These are just trainings for civilians where you watch and learn and maybe do a little bit.  These are full on Force on Force trainings, what I now call R.E.A.L Trainings where you can feel the stress, the pressure and the results of wether your were successful in meeting your objective is very clear and obvious after the incident is over and your running your after action assessments. I can tell you this one thing for certain… If you are not training like this… you are not training at all. R.E.A.L Training (Real Environments Application Learning) literally changes your life. This is one of the biggest reasons why I created, wrote and produced the show The Ultimate Combat Warrior.  You can see a TrailerSode (short promo episode) attached to this article.  This version was done in an arena, but the majority of this training format is done is a mini version of our Urban Simmunitions Village. So… No matter where you are in your training… make it a goal to test out those skills in a more live fire (training munitions) scenarios and see how your doing and what you need to work on when you go to the range and throw real ammo. We train with simminutions or UTM (they’re different to a degree) when we train.  We have both the AR bolts and the Glock conversions.  You don’t have to go that far, but minimally good airsoft gear.  We don’t wear much protective equipment when we train… mostly face and eye pro.  Other than than, probably a cup for the guys and that’s it.  It’s supposed to hurt.  Pain is a great teacher they say, and I can tell you it’s true. You learn to not get shot, when you keep getting shot during R.E.A.L Training scenarios.  This seriously adjusts everything you think you know or think you are going to do if the crap hits the fan. People talk a big game until it comes time to get real.  Like Mike Tyson said, “Everyone has a plan until they get hit in the face.” Well… every gun guy thinks they’re the man, until you’re hunting an active shooter in a school by yourself and you have no specific idea where he’s at in the building.  Then all of a sudden, if you’re rolling the scenario wit the right mindset, you realize you are at a serious disadvantage and if this was a real situation, you could be dead at any second. That kind of simulated stress changes everything you think you know and think you would do.  The “tough guy” BS, goes right out the window and you quickly realize how bad you suck at gunfighting and tactics. I’ve been fortunate to participate extensively in this type of training for the last 5 years and we run this in our own personal time also… I have yet to see out of the thousands of so called “trained civilians” someone come in and not fail almost every time.  From the tactics to the serious lack of speed of their reactions and their draw… to the pure fact that honestly, 95% of the time they never can put solid hits on target… NEVER. Take if from me playing OP4 for all those years.  I have almost never been hit center mass and NEVER in the face. But… I can say that I have killed every single civilian defender in these situations, and almost always when training with local Law Enforcement, even at the FED level. I will say this though… our SWAT guys here are on point.  Why?  Because this is how they train. So in conclusion… do I think that R.E.A.L Training is the best type of training?  I’m not saying it’s the best, as much as I am saying, if you want to know your chances of surviving in a gunfight… you don’t know jack crap if you’re not training like this.  You will know not only your skills but how all your gear works and holds out.  Do lasers on pistols really help?  Will your optic make it easier to get rounds on target?  Which is the best place to carry on body?  What about Off Body Carry?  Can a gal access her firearms if she’s carrying in her purse?  Even a purse made for CCW?  How do those subcompact firearms work out in the heat of things?  Do you really see your sights when it all goes down?  Are you fit enough to even handle the stress of being in a life threatening altercation.  And on and on and on. The only way you know the answers to any of these questions and every other question is to “spar” with the gun.  The only way to do that is to do R.E.A.L Training. The gear I carry every day, the way I carry every day… has been decided upon based on 5 years of constant sparring with the gun with pain as a consequence.  It either works and I win or it doesn’t and I’M DEAD.  That include my mini-ifak and what TQ I carry every day on my person. Give this type of training a try.  Start small and slow, then increase the intensity and I can assure you that your confidence will grow steadily as will your respect for the firearm and the reality of being in these types of situations really means. I have been in 5 gunfight type scenarios as a civilian, where I was getting shot at and where I had to draw and use my weapon.  The latest situation was I surrendered a Glock23 as I got arrested and taken to jail for defending my family in a broad daylight attack on my home.  The police weren’t sure who was the bad guy and who was the good guy, so they arrested everyone. Guns drawn, they commanded me to place my firearm on the ground and get on my knees. I did and they pushed my face down on the grass, handcuffed me and put me in the back of the squad car.  On the way to the station, they tried to interview me, recording the conversation… I know my rights and I’ve practiced that post shooting dialog a million times before. They booked me in, I bailed out the next morning thanks to my awesome wife. And then we figured it all out in court. So I also understand from first hand experience the realities on how to respond to the police when your the good guy, how to deal with the court and how lacking the system is when defending your rights when you’re in the right. All of that ability to respond correctly is due to R.E.A.L Training… So, my perspective on this subject is pretty healthy. Thanks for reading, stay vigilant out there.
January 24, 2019
34 view(s)
Comments
Leave your comment
Search The Blog
Categories
Recent Posts
Tags
.300 Blackout 10-8 Performance 3-gun 5.56 NATO 6.5 Creedmoor Accu-Tac Aftermarket Safeties Agency Arms ammo ar ar 10 modular magazine ar 15 AR Pistol AR-15 Charging Handles ar-15 parts AR-15 SBR ar10 ar15 ar15 optics ar15 scope AR15/M4 Arex Defense Arisaka Attack B&T BAD-EMMR BAD-MRO barrel Barrels Battle Arms Development BCG BCM Best Mini Red Dos Sights Big game hunting Blast Shields Blitzkrieg Components Bobro Bolt Carrier Bravo Company USA build build of the week Buyers Guide buying ammo online buying AR Pistol Cerakote Charging Handles cleaning gun Compact guns compact p320 slides compensator concealed weapon Crimson Trace CZ Scorpion EVO3 CZ USA E.V.I.L. Enhanced Bolt Carrier Group Every day carry FAQ Firearm Buyers Guide Firearms training first time gun owners First time shooter Flash Hider FN509 Fortis Gas block system Gas blocks Gas keys Geissele Geissele SCH 5.56 Gemtech Germany Glock glock19 green dot Grip Grip module handgun havak home protection HornerArms How to How to shoot pistol Hunting gear KNS Kwaiback Lantac Linear Compensators M-LOK M-LOK Rail Covers Type-1 M.A.R.S. M4 magazines magnified optic Magpul magwell Maxim Defense medical kit Mini Red Dot Sights MLOK/Keymod MOA Modular Pistol MRO Muzzle Brakes muzzle device muzzle devices muzzle devices 2020 new build of the week New Handgun Buyers Guide online ammo Optics P320 personal protection pistol Pistol slide Polymer 80 polymer80 RA International Rainier Arms rainierarms Reciprocating Hammer Red dot red dot scope restricted areas Rifle scope lenses Rifle scopes RUC MOD3 SBR SBR Manufacturing SBR Upgrades scopes Seekins Precision self defense self-defense Semper Fidelis Shooting Tips Shot Show shotgun Sig P320 Sig Sauer Sig Sauer P30 Sights SilencerCo slide Slides state laws stock Stoeger STR-9 Streamlight Protac Superlative Arms Tips for Purchasing your first gun Top-Selling AR-15 Uppers Training Training course trigger Trijicon Upper receivers Upper/Lower Combo V Seven Video Vortex weapon light ­ ARES