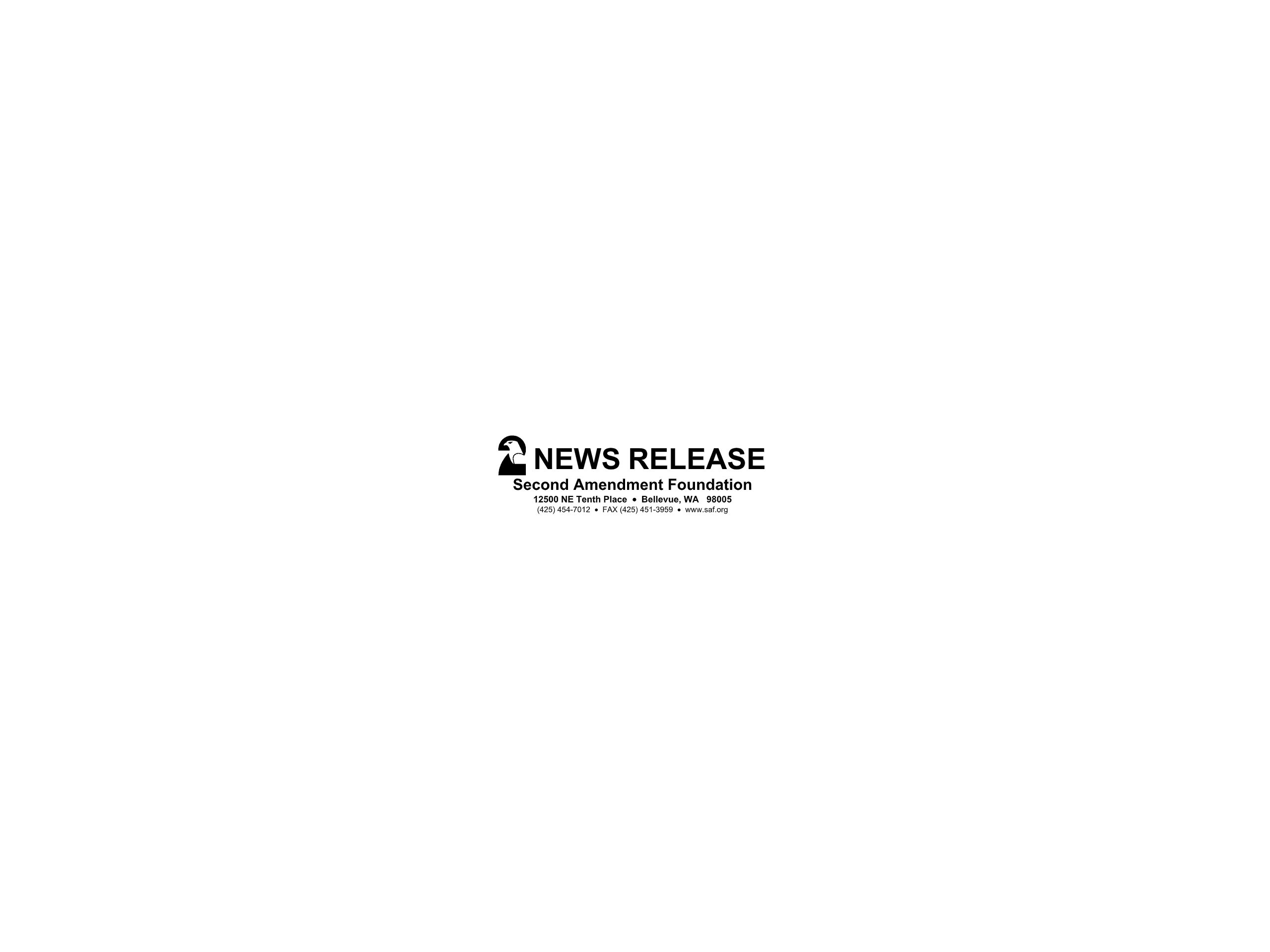 BELLEVUE, WA – A new survey by the nationally-recognized polling firm of McLaughlin & Associates shows strong public support for the Second Amendment right to keep and bear arms in the wake of Vladimir Putin’s invasion of Ukraine.

The Second Amendment Foundation commissioned survey said 66.1 percent of the respondents agreed with the statement posed by the McLaughlin poll stating, “When you see what is going on with Vladimir Putin and Russia’s military invasion of the Ukraine, it is more important than ever for Americans to defend their 2nd Amendment Constitutional freedoms for law-abiding citizens to continue to have the right to own guns for their personal protection.” Only 25.7 percent disagree, and only 8.2 percent had no opinion. The survey may be read here.

“This should send a message to the Biden administration that Americans by a large majority fully understand the Second Amendment is about defending liberty and not about duck or deer hunting,” said Alan Gottlieb, SAF founder and executive vice president. “The new McLaughlin data shows how out-of-touch Biden and his fellow Democrats are about the right to keep and bear arms.”

“Unfortunately,” veteran pollster Jim McLaughlin observed, “Americans are seeing first hand through Vladimir Putin’s brutal, military invasion of the Ukraine the importance of our cherished Second Amendment rights. The brave Ukrainian citizens have been able to thwart Putin’s military aggression by arming themselves against the Russian invaders. Americans clearly associate the importance of their Second Amendment rights with maintaining a safe, free and democratic nation.”

Biden came into office 14 months ago with an ambitious gun control agenda that dramatically stalled after the Senate debacle regarding his nomination of former ATF agent-turned-gun-control-advocate David Chipman to head the federal Bureau of Alcohol, Tobacco, Firearms and Explosives.

SAF commissioned the McLaughlin survey, which was conducted among 1,000 likely voters across the country March 17-22. McLaughlin’s survey also revealed more people oppose bans on semi-automatic rifles and 9mm pistols than support them.

“After what we’ve seen on the nightly news from Ukraine, Americans are more protective of their constitutional rights than ever,” Gottlieb said.

The Second Amendment Foundation (www.saf.org) is the nation’s oldest and largest tax-exempt education, research, publishing and legal action group focusing on the Constitutional right and heritage to privately own and possess firearms.  Founded in 1974, The Foundation has grown to more than 700,000 members and supporters and conducts many programs designed to better inform the public about the consequences of gun control.