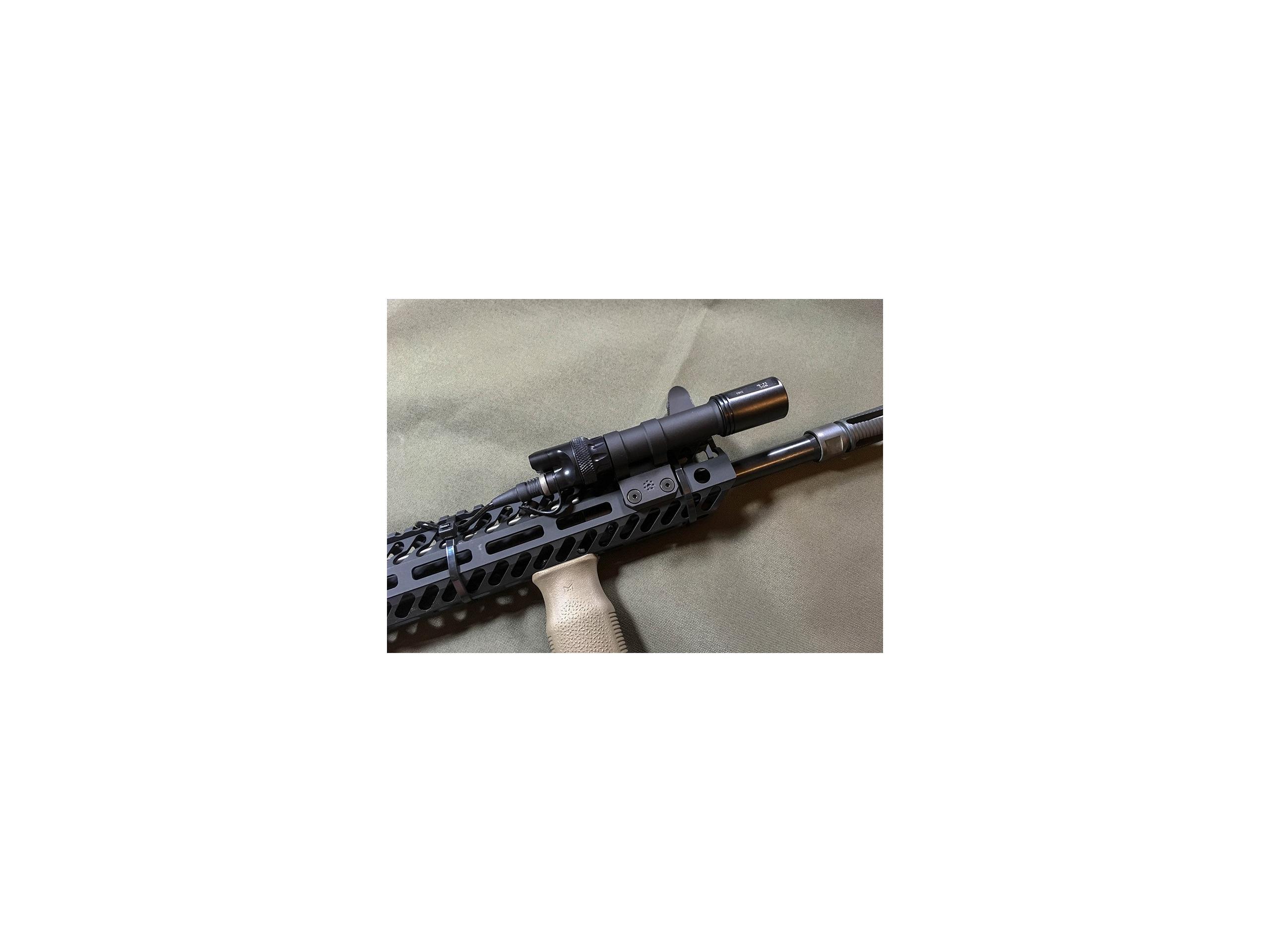 There are definitely more, but in this review find out two main big reasons why the Scout is the ultimate AR weapon light.

If you're running your AR as a service or defensive carbine, a weapon mounted light should be high on your prioritized list of accessories. The primary reason for a light is finding and identifying a threat. If you can't see and identify the threat, you most likely can't accurately (or possibly legally) engage it. If you can't accurately engage it, well, it's a bad day... Lights can also provide a tactical edge by temporarily disorienting the threat. The brighter the light, the better the chance of overwhelming their senses and gaining that edge. If you've noticed a steady increase in the output of weapon mounted lights, that edge is why. So, without further introduction, here's two big (maybe huge) reasons the Scout is the ultimate AR weapon light:

The 600 series Scout is the most modular flashlight I've found. There are multiple options for heads, bodies, and tails. It's completely customizable to your needs. Now, keep in mind that there are two primary Scout styles, the 300 (a single CR123) and the 600 (dual CR123). Of the two, the 600 has the most options. The 300 is customizable as well, but not nearly as much as the 600.

For bodies, there are the original Surefire, the Arisaka 600, and the Impact Weapons Components/Haley Strategic Thorntail series. The benefit to an aftermarket body versus the original Surefire involves intended use. Aftermarket bodies typically are designed with modular mounts (KeyMod/M-LOK) in mind, versus the standard Surefire 1913 mount. For this reason, they tend to sit closer to the rail, minimizing snag hazards. For heads, a 600 light can be configured to throw anywhere from 350 to 750 lumens of white light, as well as IR light for those who need the capability. And as a modular system, you choose the level of light that you need, not just whatever stock model is offered. For tails, you have your choice of click on/off, momentary, tape switches, or combinations. 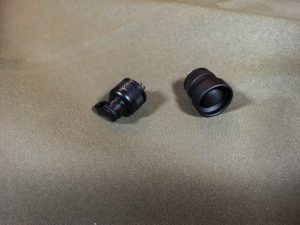 Surefire Scout Light Rear Cap and Arisaka Tail Cap - Momentary For mounts, you can choose 45 degree offsets, KeyMod, M-LOK, 1913, CMR, inline, the sky's pretty much the limit here.  It's all about how you plan on running your light and your gun.

Capability is something of a subset of the modularity, especially as it relates to the light head. The standard 600 head is 350 lumens, but there are white light LED versions produced by Malkoff Devices that throw 650 lumens with a long distance focus, and 750 lumens with a wider focus. The 650 lumen head can even illuminate objects as far away as 100 yards. This allows you to customize based on your particular illumination needs. And while few responsibly armed citizens - or even police officers - have infrared illumination (mostly due to the expense of night vision), if your mission (or budget) changes, you can find a white/IR head for your 600 as well. Below are pictures demonstrating the capabilities of the Malkoff Devices Scout heads.  The pictures were taken at 8 yards, 25 yards, and 100 yards.  For the 100 yard photos, the target was a white rubber dummy.  The set sequence is ambient light, stock head (350 lumen), Super head (750 lumen), and Super Throw head (650 lumens). 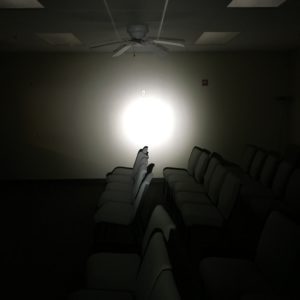 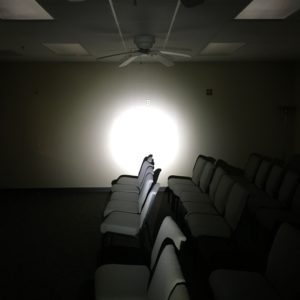 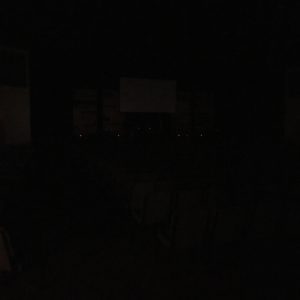 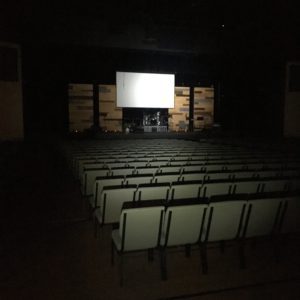 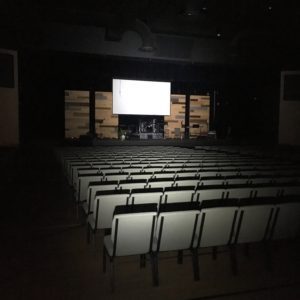 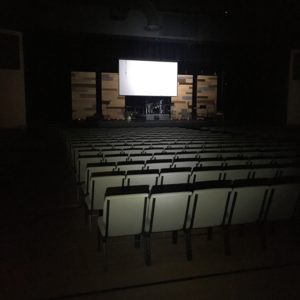 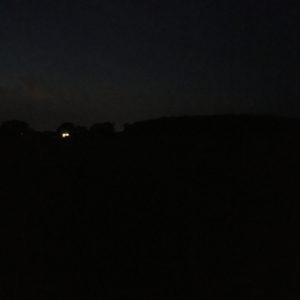 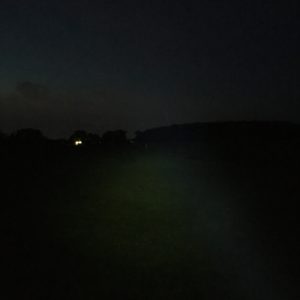 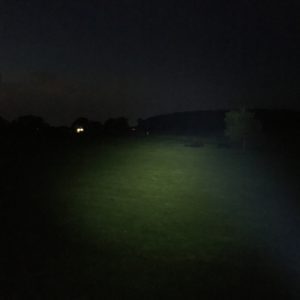 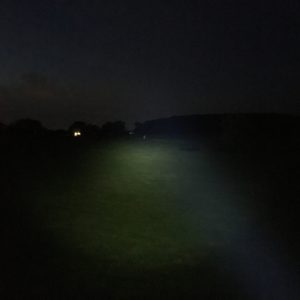 The raw lumens themselves (or any other single component) are not enough to make the Scout a winner. There are lights that throw more lumens, but they don't offer the ability to package up your options that the Scout does, whether in light performance, control, or mounting. So, for all the reasons above, if you are looking for an AR-mounted light, I highly recommend you consider a Scout-type 600. I personally prefer the Arisaka/Malkoff combination, but between the big three, you probably can't go wrong. I hope this has been helpful to you. If it has, please take a minute to like and share. As always, Rainier Arms stands ready to help you Pursue Your Passion.

by Joel A
Posted in: Product Reviews | Reviews Blog
0 comments
Comments
Leave your comment
Your email address will not be published