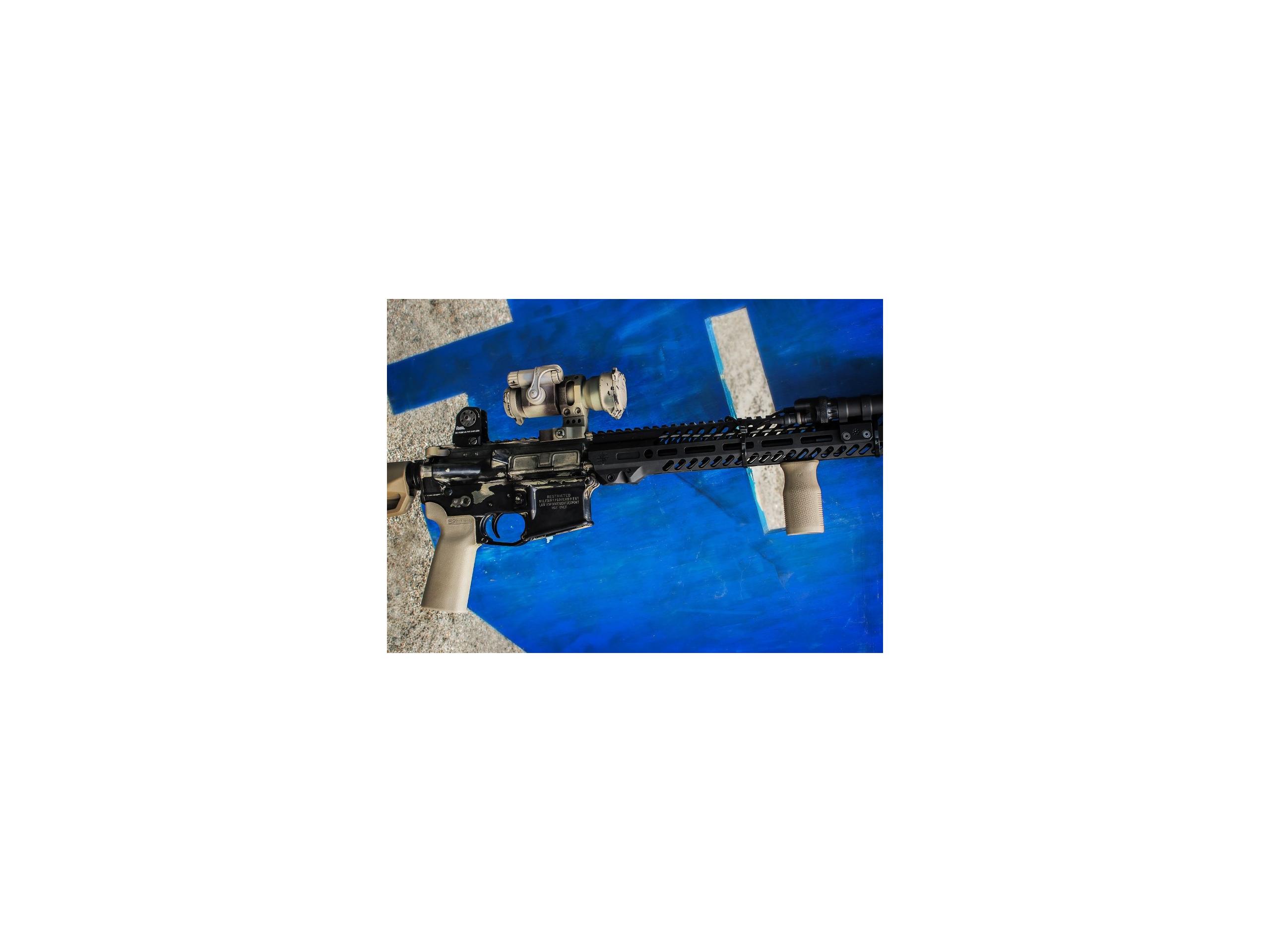 As someone who has used AR-15s and their government-issued brethren for well over fifteen years, I've gradually developed a list of accessories that I think are essential on an AR.  While I usually build my own guns now, there are plenty of people buying an AR for the first time.  If you're one of them, I hope this helps.  Please keep in mind that I tend to focus on defensive rifles, so if you're just getting a plinker, or working precision, your needs may vary.

Lots of new guns do not come with sights.  From a marketing perspective, I somewhat understand, as shooters may have a personal preference on their sights, so why charge them for sights they'll just replace, right?  At the same time, your rifle is useless without sights or an optic of some type, so that's always my first buy.  If you have any intentions of using this for a defensive gun, please remember you get what you pay for.  Don't cheap out on sights or optics.  I personally believe that an optic of some sort, whether red dot or magnified, is a must have.  Typically, they are faster to learn and faster to use than iron sights, which can equate to faster progression on the range, and faster engagement in a defensive situation. Also, there's a big debate about whether or not you need iron sights to go with your optic.  Guys with a lot of experience in combat will argue both sides.  I personally have iron sights on all my rifles, but there's a strong argument to be made that if you buy a quality optic (such as an Aimpoint, to name one brand), the irons are just extra weight.  That's a discussion for another article.  At a minimum, you need sights or you need an optic.

So now that you can aim your rifle, you need something to feed it with.  I like to have at least five magazines for any gun I intend to use for more than range fun, and many factory ARs only come with one.  Rainier has 30-round PMAGs for under $15 each.  Get several.

If you bought a rifle that came with standard plastic handguards, I recommend you change out the handguard for something more versatile.  You can pick your mounting option - whether Picatinny rail, KeyMod, or M-LOK - but the forward handguard is where you'll probably mount your sling, forward grip, and flashlight.  Therefore, before you can really use those other things, you need a place to put them. You don't necessarily need a free-float handguard, although many shooters prefer those.  Even a reputable drop-in modular handguard will greatly improve your rifle's capability.

A sling is the holster of the rifle world.  Without a sling, if you need to use your hands for anything other than holding the rifle, you'll have to set it down.  If you set it down, it's very easy to separate you from it.  The sling keeps the rifle on you, ready to be put into action as needed. I personally prefer two-point slings.  They're more secure and more capable than single point slings.  If you want to be able to run as a single or two point sling, get one of the many popular convertible slings on the market.  Make sure you pick up mounting hardware if your sling doesn't come with it.  Quick detach swivels are a good investment.

A good flashlight on your defensive rifle is critical for target location and identification in low-light situations.  There are a lot of good options out there.  I'm partial to the Scout-type lights that you can find from a number of different manufacturers.  Get a light with enough lumens to adequately illuminate your target as well as provide you with a tactical advantage through temporary sensory overload. 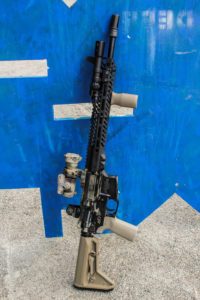 There are a lot of other items I change on stock ARs (I have my favorite trigger, favorite flash suppressor, favorite stock, favorite foregrip, you name it), but those are the top five.  Keep in mind that this is one guy's opinion.  I'm sure different individuals would prioritize different items.  As I said before, I tend to focus on defensive carbines, so my list skews toward items that will add capabilities to your rifle in the defense realm. I hope this has been helpful.  If so, feel free to share.  As always, Rainier Arms stands ready to help you Pursue Your Passion. Checkout Rainier Arms AR-15 Parts Offer

by Joel A
Posted in: Articles - Fresh from the firearms industry
0 comments
Comments
Leave your comment
Your email address will not be published