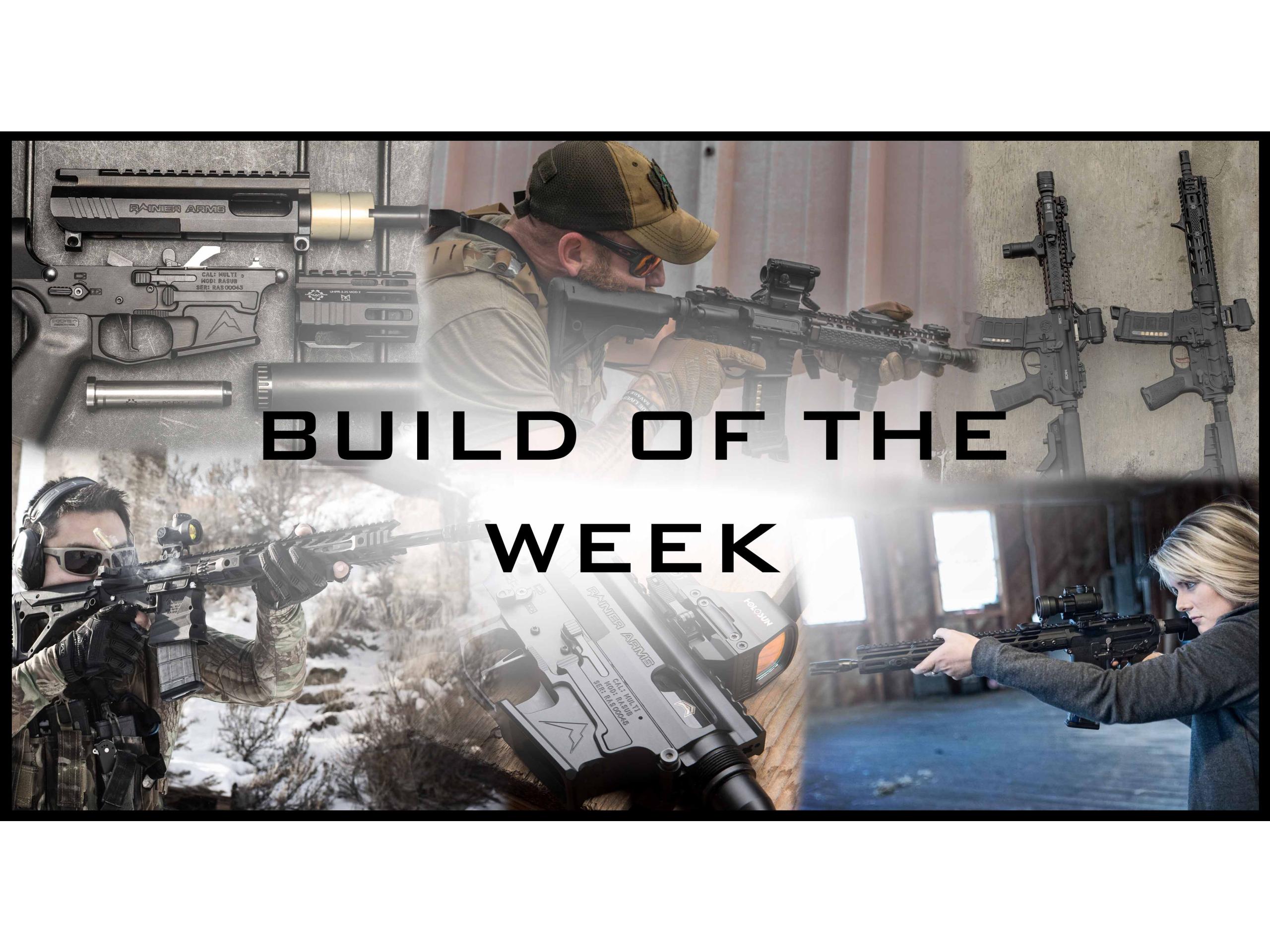 Magpul Geissele build BCM Superlative Arms Streamlight Protac Vortex Gemtech
Posted in: News | Firearms Industry News
By rainierblog
No comments
Check out our new build of the week breakdown! This rifle is a personal build, courtesy of one of our employees here at Rainier Arms. Each piece of this rifle has a unique purpose and reason for being there. Since this is one of our armorer's personal firearms, you can be sure that each part was considered carefully. Starting with the upper, this rifle is running with a standard forged receiver fixed with a Geissele MK8 rail. One of our most popular options of a rail system, the Geissele offers superb rigidity and strength in a decently light weight system. Trusted by numerous military units and police, it is one of the best on the market. Internally, the rifle is kitted up with a Superlative Arms Mid-length Piston System which, when ran with a suppressor, decreases the amount of back pressure and gas flung back at the shooter. Riding on side of the rail is a Streamlight Protac Rifle light, with a pressure pad. An interesting thing to note are the zip-ties used for cable management. This prevents snagging during movement, especially when moving in and out of vehicles or your safe. There are products out there that address this issue specifically, but we have often found that zip-ties are the most cost effective way to go. The optics on the rifle are both from Vortex. With a front Sparc APC Red dot and a VMX-3T magnifier. This combination expands the effective range of the rifle, making it easier to hit those long shots. The bottom half of the rifle is made up a Lewis Machine Tool MARS-L Lower, which is an older option as far as lowers go, but gets the job done nonetheless. Moving to the tail end, allowing for ease of transportation and storage is a LAW Tactical folding stock adapter fitted with a B5 Systems Enhanced SOMOD stock. This combination adds a slight increase in length of pull as well as gives a shooter a solid cheek weld. B5 does offer a thinner option for more of a low profile build. The trigger is a Hiperfire EDT Marksman, which isn't a super quick, speedy option, but rather a hard use mil-spec choice that won't break the bank. With so many trigger options on the market much of your choice comes down to personal preference. Remember, just because you buy a fast trigger, doesn't mean you will shoot any better. Training matters! The beautiful thing about AR's in this day and age is they are truly lego rifles. Pick and choose all your parts and build yourself something amazing. If you're looking to build this rifle, or others like it, be sure to check out our website.

This week's build is another personal firearm from one of our staff here at Rainier. The purpose of this build was to create a hard use, short barreled AR pistol that balances well with a suppressor. Make sure to take a look at these as well: Built up on a Mega Arms upper receiver and Geissele 9.5 inch MK8 rail system, which is being featured for the second week in a row. For most hard use guns in the AR world, this rail system in its various lengths and colors is one of the most durable and high quality rails on the market. Offering superb rigidity and strength it is a trusted rail system used by both the military and police units around the country. Internally, the rifle runs a mil-spec bolt carrier with a carbine length gas system. The barrel is a 10.5 inch Rosco bloodline barrel with a Silencerco ASR Brake fitted to the muzzle.  When running a short barreled 556 rifle such as this, it can be beneficial to run with a break instead of a flash hider when going suppressed. Short ARs are notoriously hard on suppressors and the brakes gives you a sacrificial baffle to absorb the worst of the blast. Although, when running it suppressed, the blast is a bit mind numbing for those around you. The suppressor used is a Silencerco Specwar 556 and something to note, when shooting this rifle with it attached does throw back a good amount of gas at the shooter. While the Radian Raptor SD does help some, it still can be annoying at times, especially if you are not used to it. Riding on top, the rifle is fitted with a Vortex AMG-UH-1 holographic sight. So far, after three thousand rounds and numerous falls, drops, hard landings, and even a tumble out of the back of a truck, the optic has retained zero and held up quite well. The rear iron sight is from Midwest Industries and when paired with the Daniel Defense fixed front, would give the rifle a solid backup in case the main optic went down. The other accessories riding the rail are a Streamlight HLX 1000 Lumen weapon light with a pressure pad. The pad itself sits in a Cloud Defense LCS, which is one of the best non-zip tie options on the market. Cable management can often be a problem when running a weapon light and the LCS does well to mitigate the issues and keeps everything decently tight to the rail. The Magpul MVG is used as a handstop, allowing the hand to pivot off of it and more easily activate the light’s pressure pad.